For the woman who said ” Why would you want to go to Keels?” The answer was: 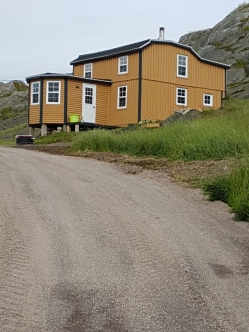 Now that I’ve been there, the answer is: 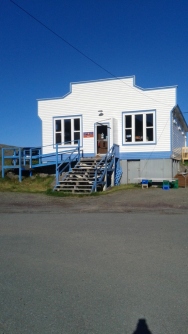 Our camera was left at home and we had to use our cell phones for pictures, but that’s a tale best left untold.

Maudie was filmed in several places in Newfoundland and is one of my favourite movies.  The store used in several scenes belongs to Selby Mesh and was owned by his father before him. It was so interesting to talk with him about Keels, the store and the filming of Maudie. Many of the props used in the movie were left in the store and the store itself went through a makeover on the inside. Selby is hoping to open a tea room in his store and has built a beautiful deck overlooking the ocean. To date one of the government departments  (Environment ?) has refused  to issue the permit. He needs a solution for his sewage disposal and has a few options, but the one which has govermental approval is too expensive.

I hope he succeeds. 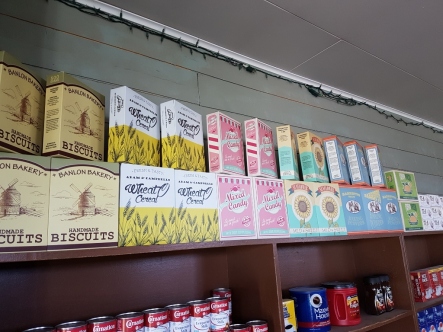 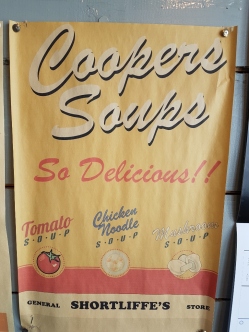 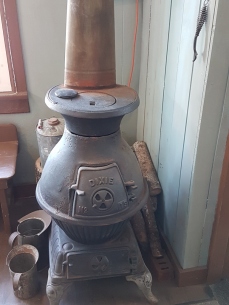 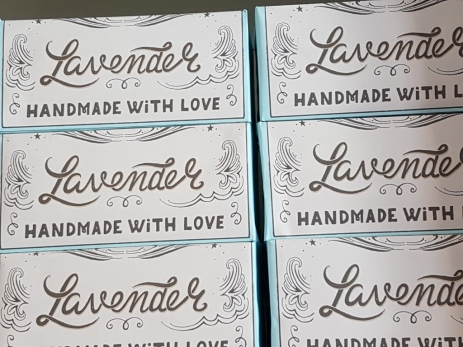 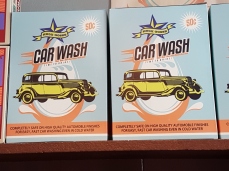 Props from the movie……..not sure if the Georgie Girl Lingerie box is because it contains lingerie that is for sale. 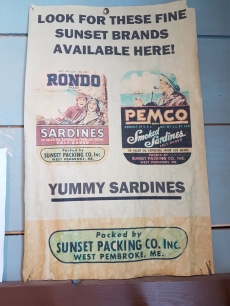 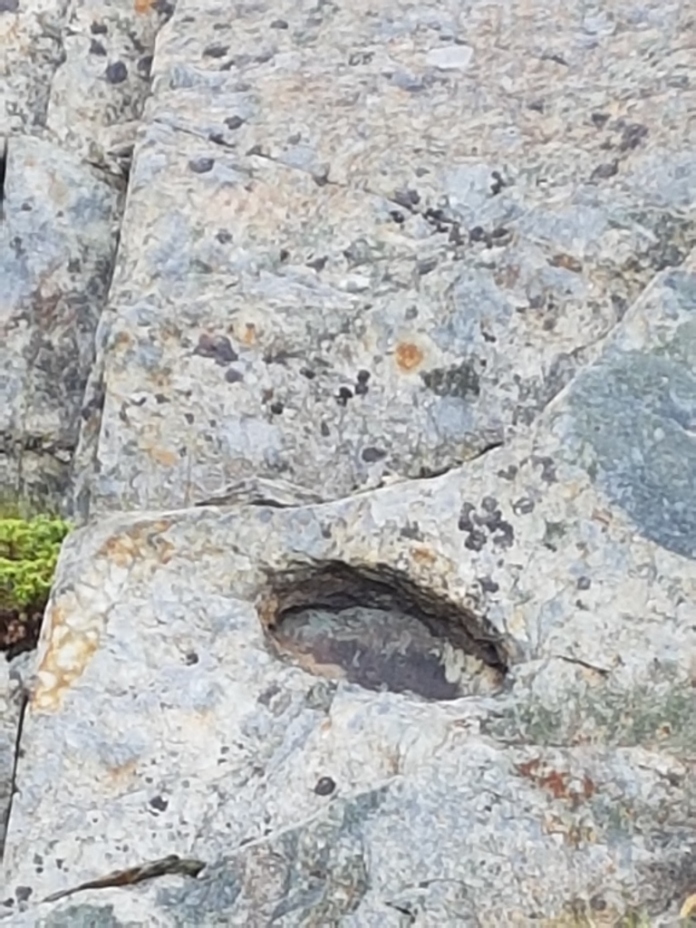 ………oh yes, even the devil has been here! 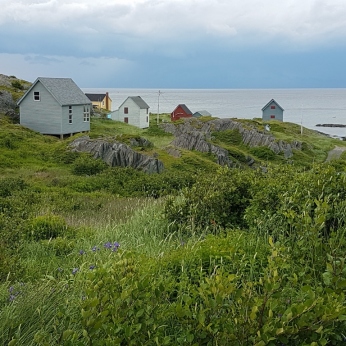 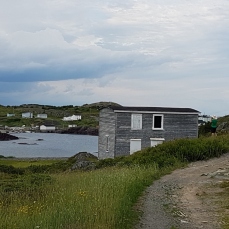 Movement is a medicine for creating change in a person’s physical, emotional, and mental status.  Carol Welch 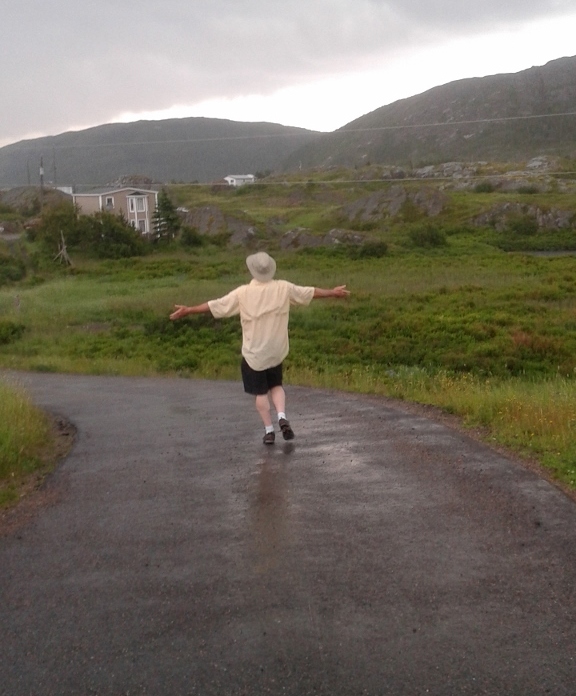 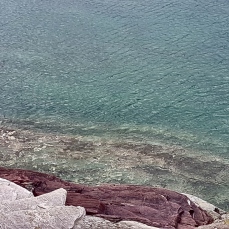 We were caught in the rain on our way back from this hike.

The next day we decided to do another hike, Skiddie Hill…..it is quite the climb.

There are things we will never see, unless we walk to them.  Thomas A. Clark 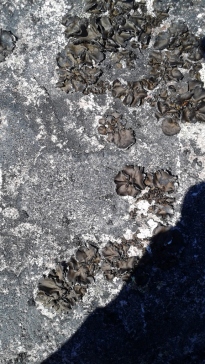 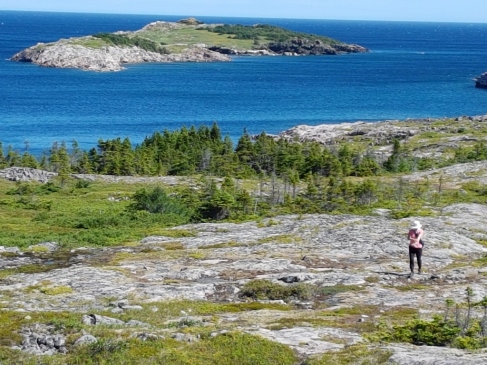 The privilege of a lifetime is to become who you truly are. C. G. Jung

…and we made it to the top, with Keels far below.  What a beautiful, sunny, windy day. 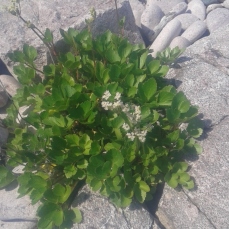 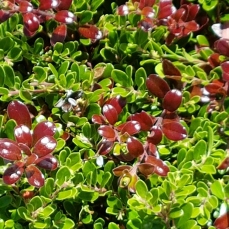 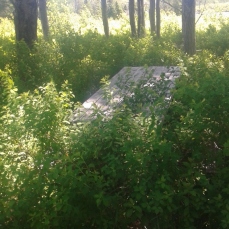 If the Devil’s Footprints are here, maybe this is Shrek’s Stream. 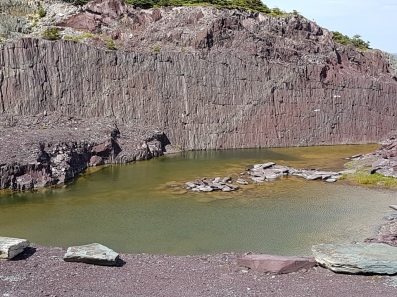 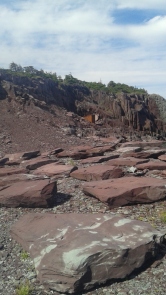 A very kind lady lent us her hose so we could fill our water tank in our camper van….I had never seen a pink water hose.:)

After this, the winter of my discontent, I have found myself again, I am steady.

There are walks on which I lose myself, walks which return me to myself again.

In Praise of Walking Thomas A. Clark