In 2013 we visited Fogo Island for the first time in a number of years and what a lovely mini vacation it was. 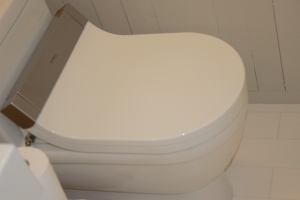 So much has been written about this amazing inn and it is truly fabulous. I love the way Jonny Harris of Still Standing described it recently….”it’s the only place you can stay and sleep under a quilt made by nan and use a toilet designed by NASA.”

I did several hikes on this trip, all a delight.  Brimstone Head, Fogo Head Trail  and the Lion’s Den Trail.

Lion’s Den Trail was my favourite and the most riveting to all my senses. At the beginning of the trail we met an older couple who had come together later in life, both having lost their spouses. We were talking to the man for a while and he told us he had nine daughters. My husband (we have two daughters) made some joke about living in a household with all females. “Yes”, the man said, “people have said to me, I don’t know how you survived raising 9 daughters!”

The trail meanders through old, abandoned settlements and around every corner and rock outcropping there is a view that really stops you in your tracks. The seascapes, wildflowers, sea breezes, and rock formations all add to a day of wonder. 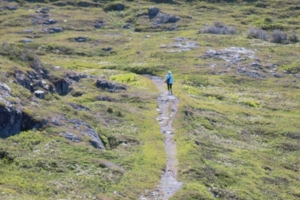 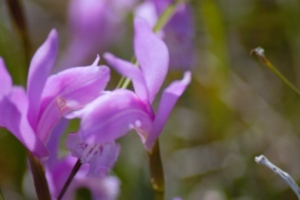 On this hike, I also ‘discovered’  Eliza Lewis.  This sign in Eastern Tickle piqued my interest.

I was fascinated by the fact that a young Newfoundland girl had gone to Argentina in 1914. Why? How?  After a little research, I tracked down the company who had made the film Letters From Eliza and the producer was none other then Dave Quinton of Land and Sea fame. He was so generous in tracking down a copy for me.  An amazing film, an amazing story. I contacted Fogo Island Inn and gave them the information. I really hope they followed up and now have the film in their media room. Seems fitting that Eliza’s story be told there.

“There are walks on which I lose myself, walks which return me to myself again.”  In Praise of Walking by Thomas A. Clark